We invite you to visit our online store to see all our work. You can also download this project, and other distinctive projects through our store: https://lyx-it.com
3D Models || 3ds Max || Lumion || AutoCAD || Revit || Enscape   " /> LYX Arkitekter - Project Detail 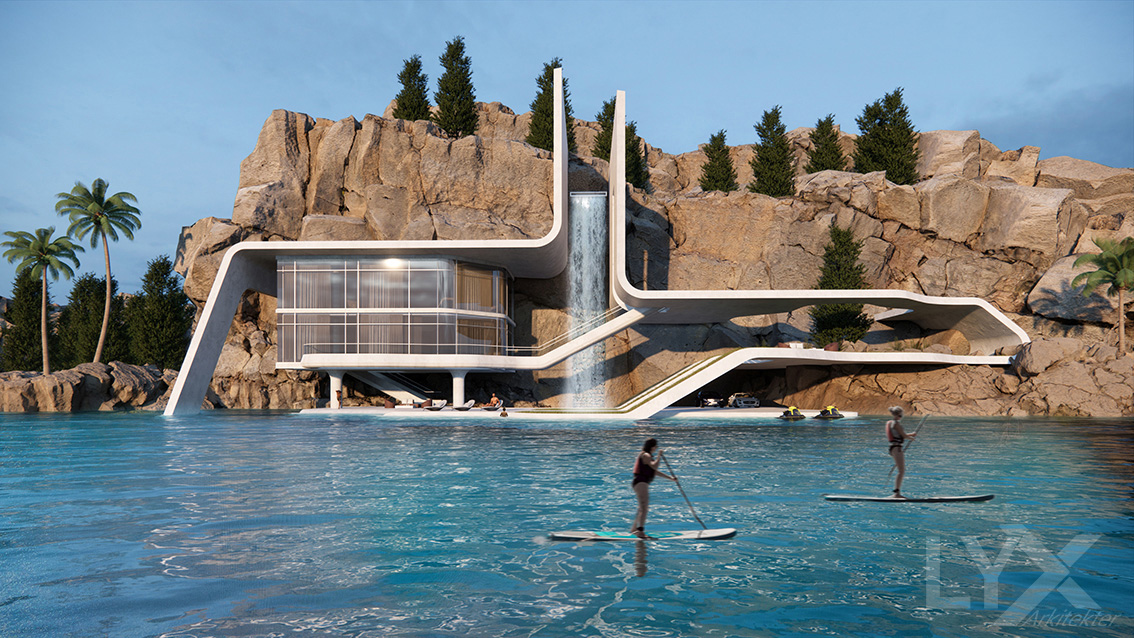 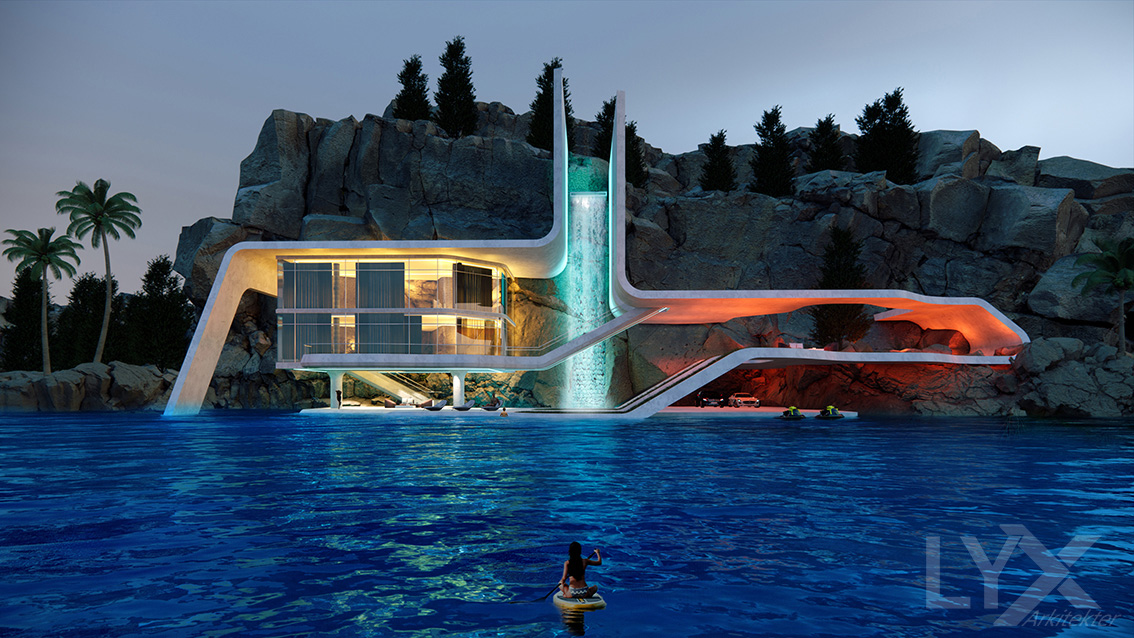 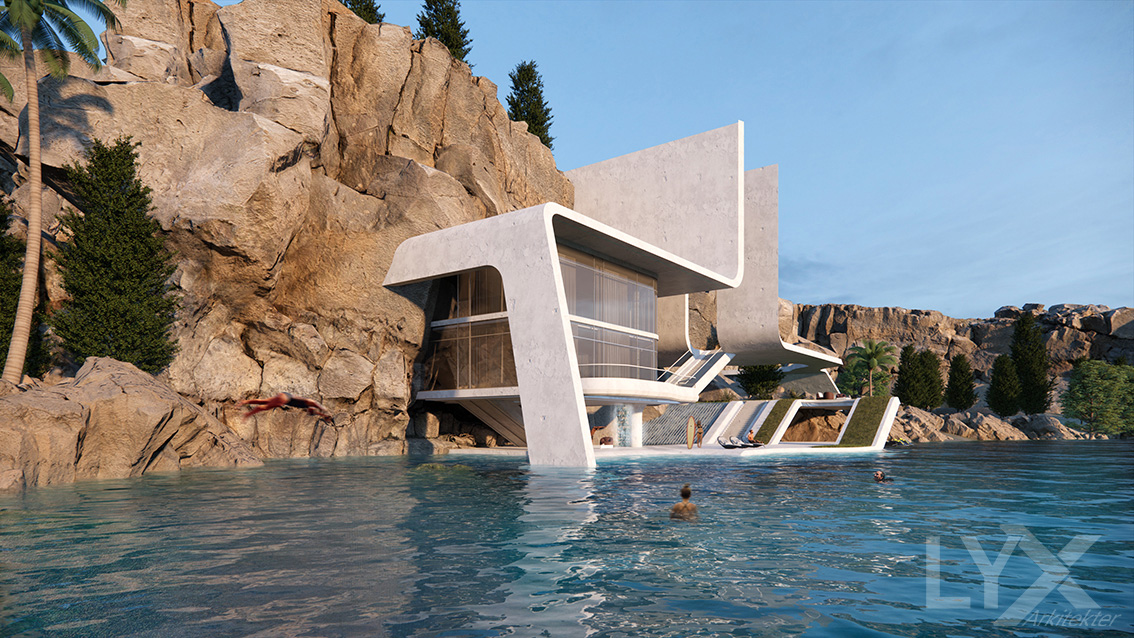 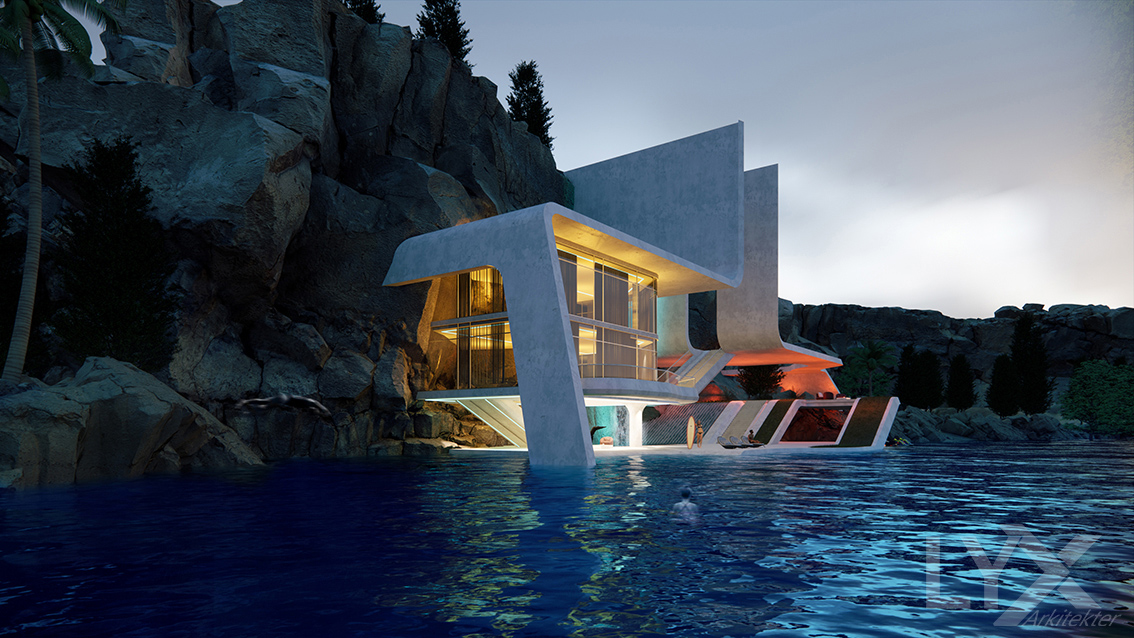 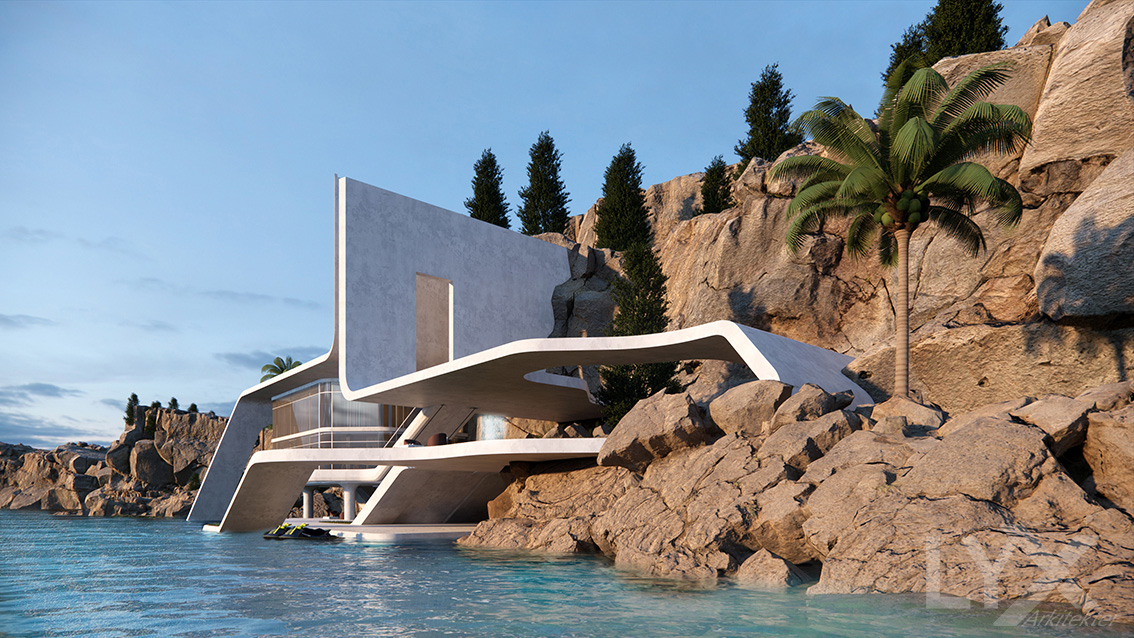 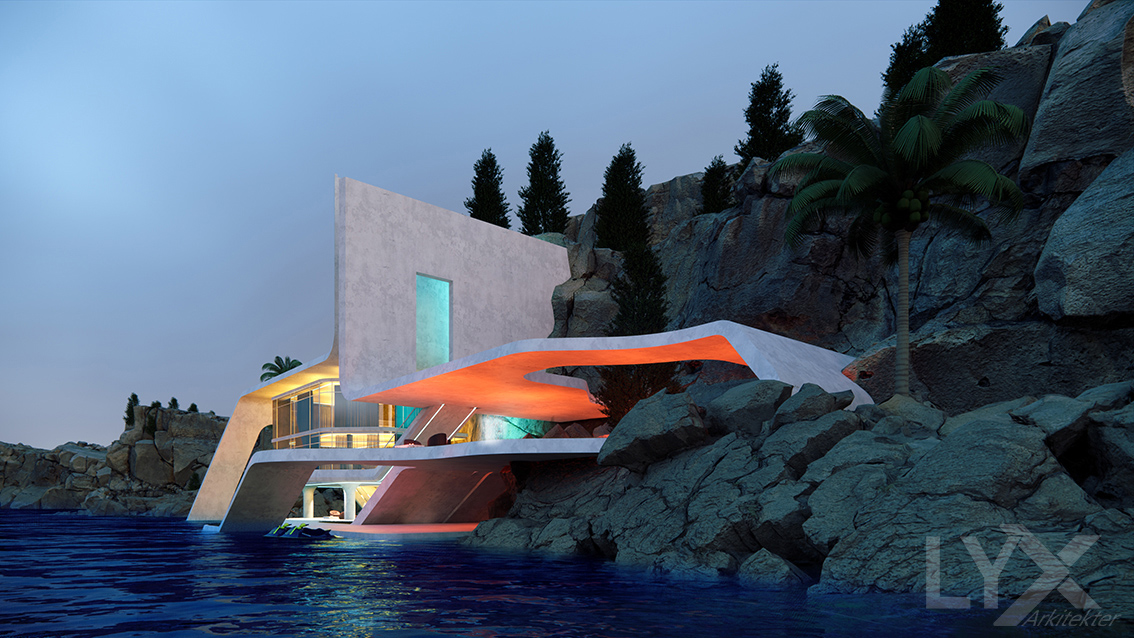 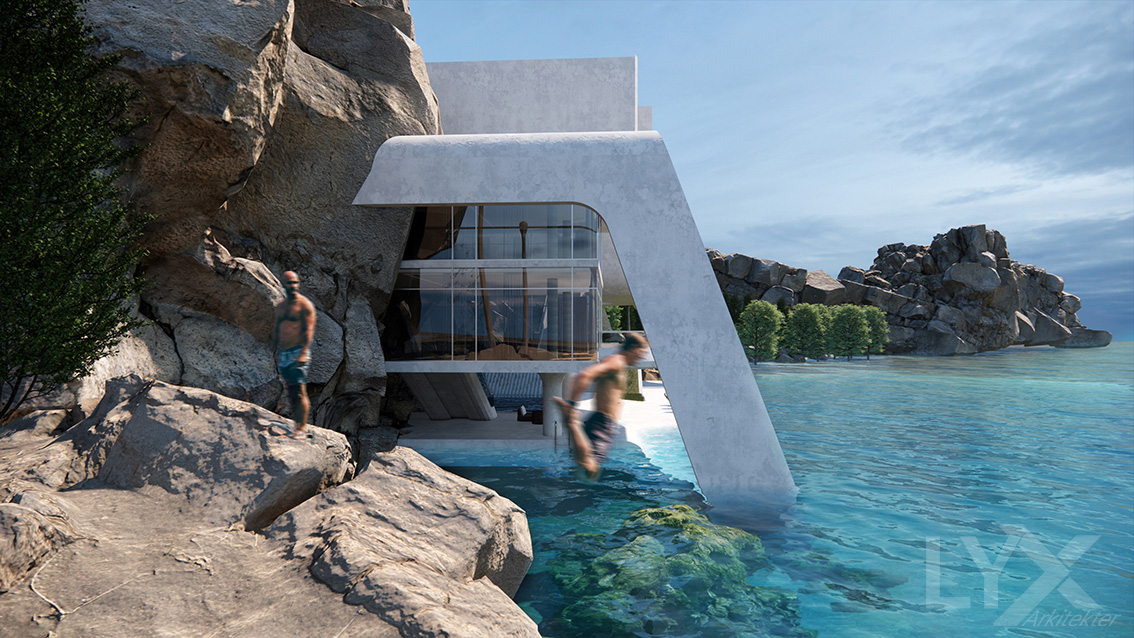 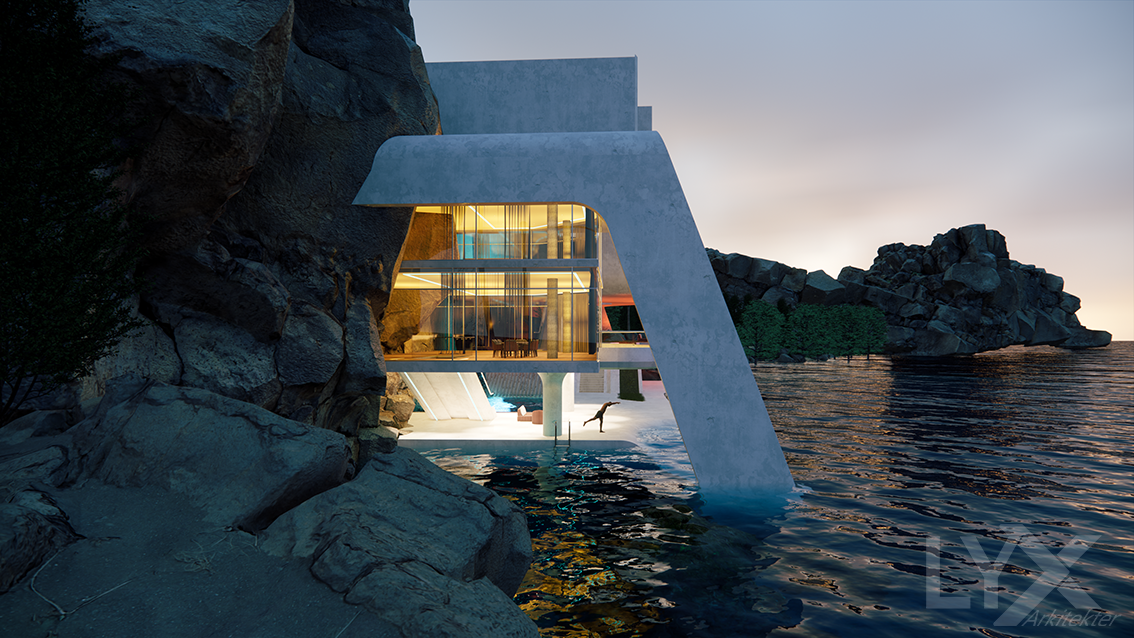 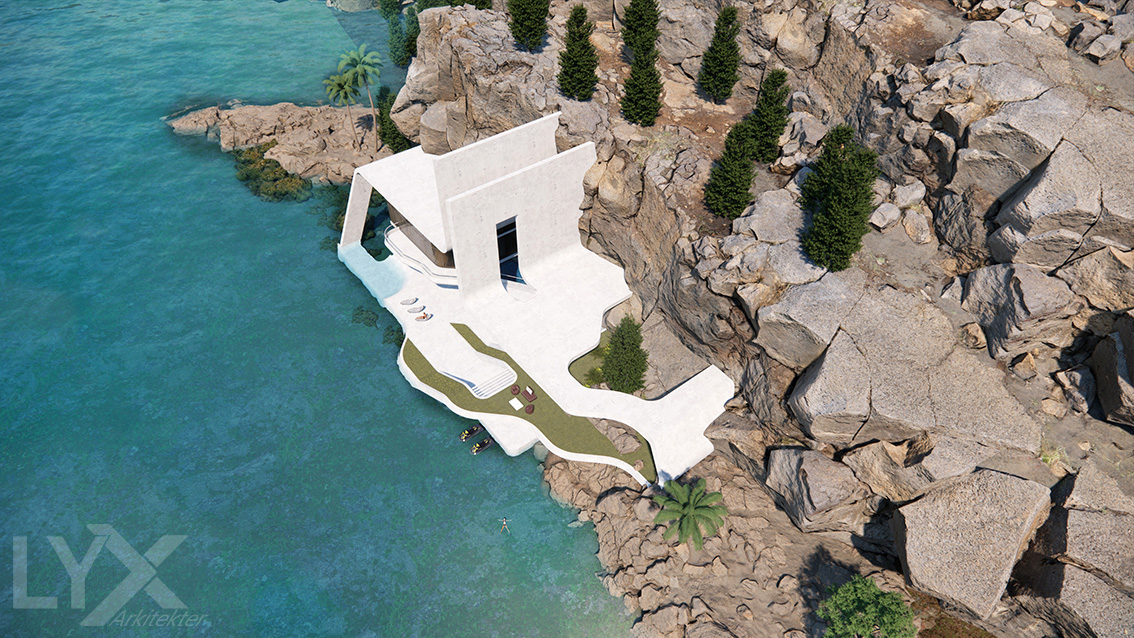 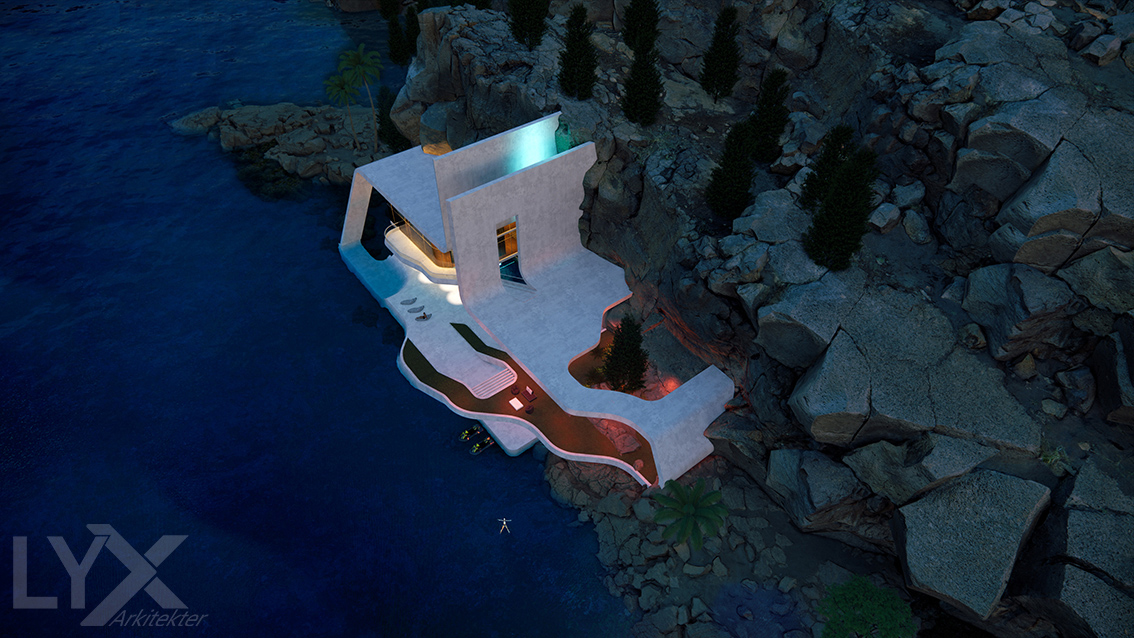 In 2021, LYX Arkitekter Made Diving Cliff House as a bold trend in architecture, where is located in Calabria cliffs – Italy, its site area (1150sq.m), and Built area (600sq.m), an artificial waterfall divide The house into two equal halves, half  residential (which all surrounded with transparent glass front so you will enjoy the dreamy scene all time) and half  recreational, and it has been added to create a fascinating atmosphere in the outdoor terraces around the infinity pool, divided into five levels.
Firstly, Sea level is about (- 3.200m) from land It provides you with a touristic place that makes you able to enjoy the sea and its fantasy view.
Ground floor which consists of the first floor of residential block (which can take two receptions, kitchen, dining space & toilet)and the space in second half acting as a garden where you can feel three environments in one once (coastal environment, agricultural environment  and rocky environments).
First floor which is about 4.200m from land consists of the second level of residential block (which can take three simple luxury rooms each one attach with toilet and  living space) and the roof cover the recreational half).
Finally, The Roof is about (7.800m) from land & The top Roof is about (11.400m) from land .
If you focus on it you can imagine that the architect, as if he used paper folding to create this building, deduce from that, the architectural school that followed in this design is (Origami).
In fact, the designer blended Organic and Origami way in designing (Diving Cliff House), where he preserved the rights to both (nature & house)  by making  the building as an extension of nature while preserving the structure and privacy of the house without interfering with the origin of nature and preserving the characteristics of its Sustainability.
------------------------------------------------------------------
We invite you to visit our online store to see all our work. You can also download this project, and other distinctive projects through our store: https://lyx-it.com
3D Models || 3ds Max || Lumion || AutoCAD || Revit || Enscape