We invite you to visit our online store to see all our work. You can also download this project, and other distinctive projects through our store: https://lyx-it.com
3D Models || 3ds Max || Lumion || AutoCAD || Revit || Enscape " /> LYX Arkitekter - Project Detail 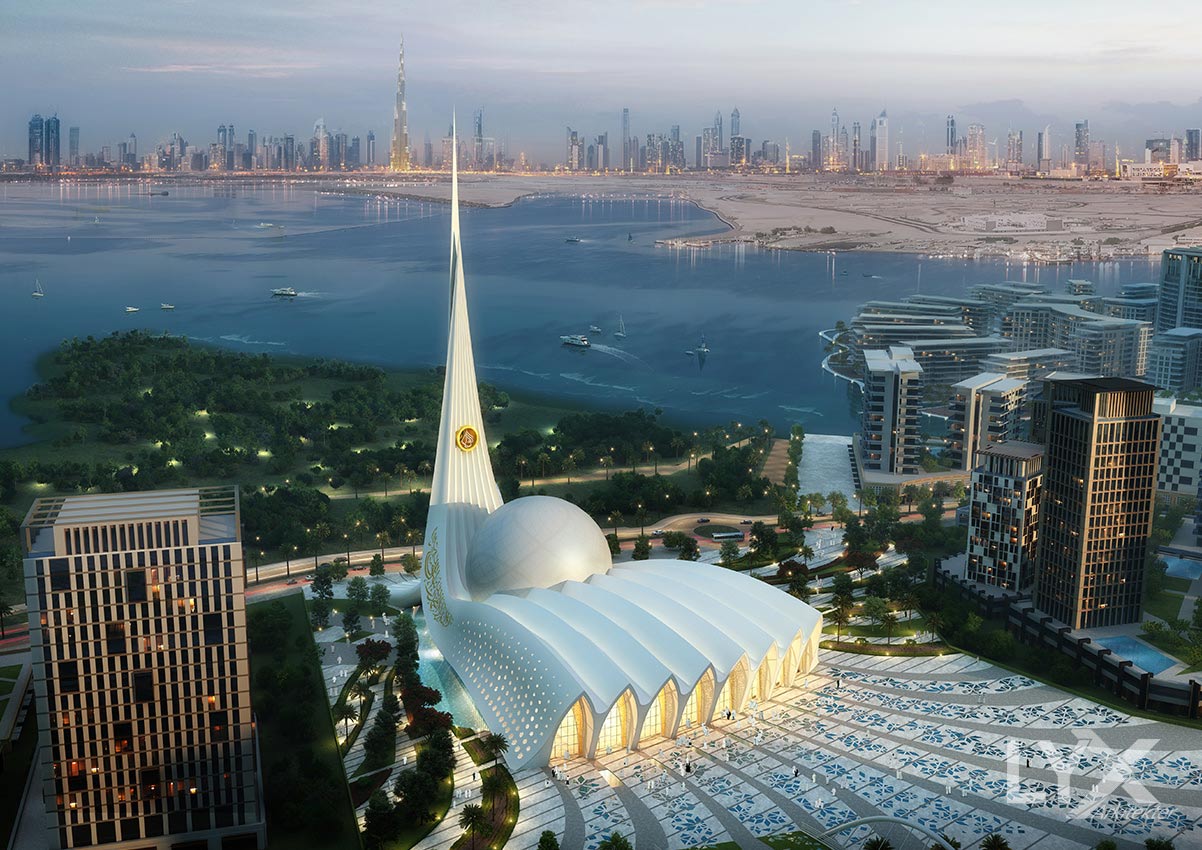 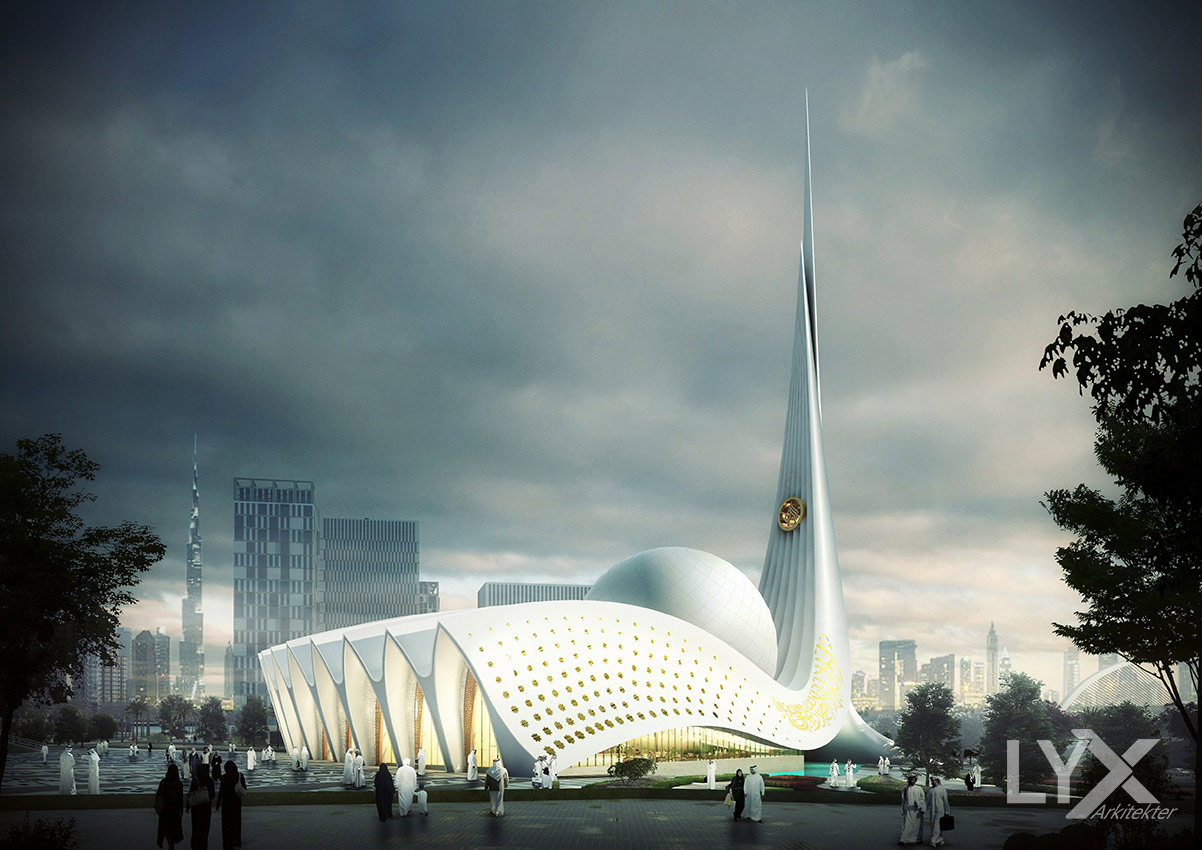 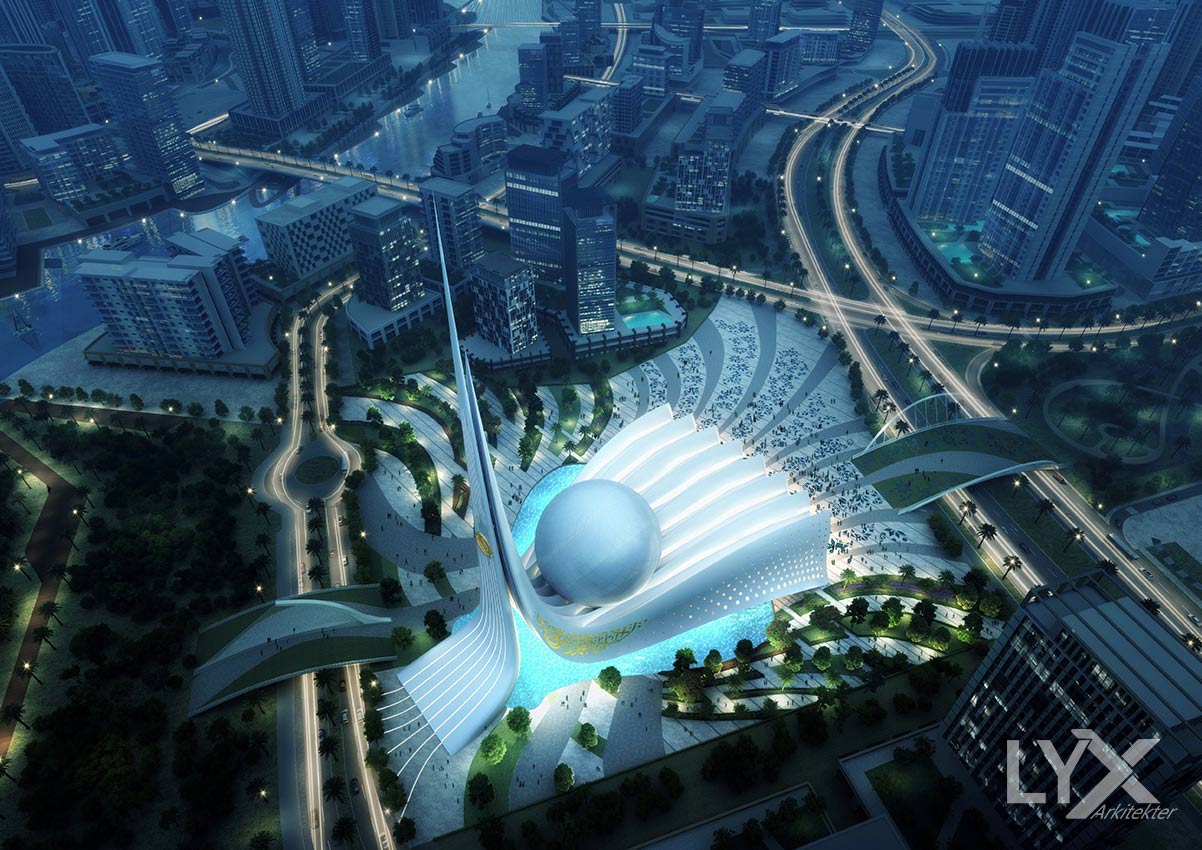 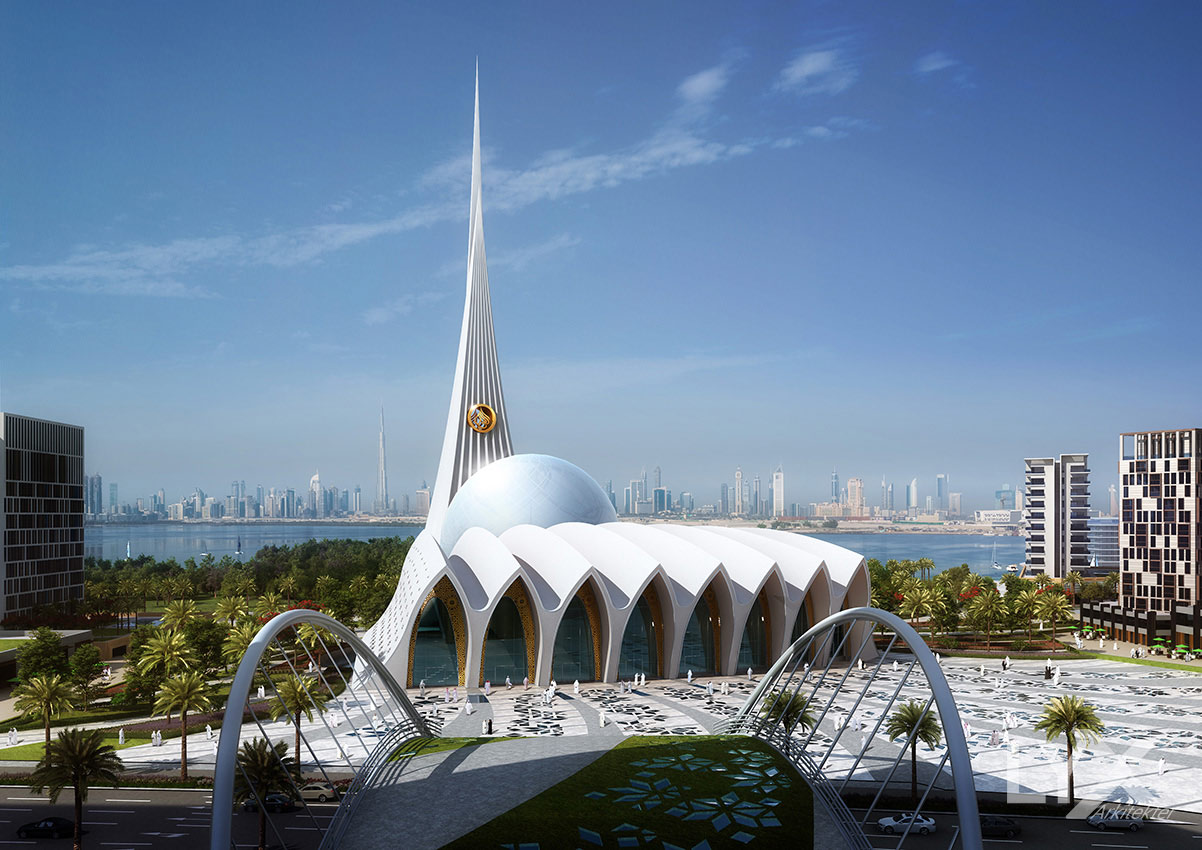 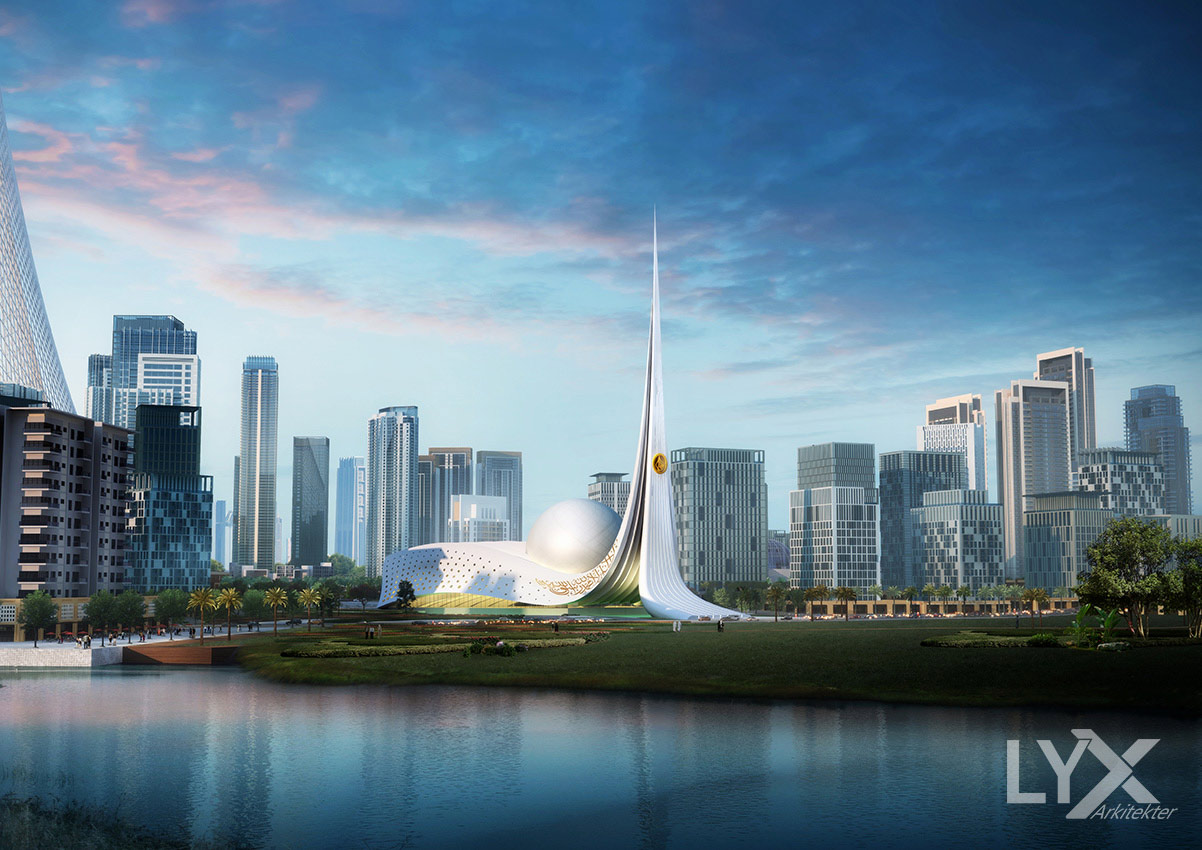 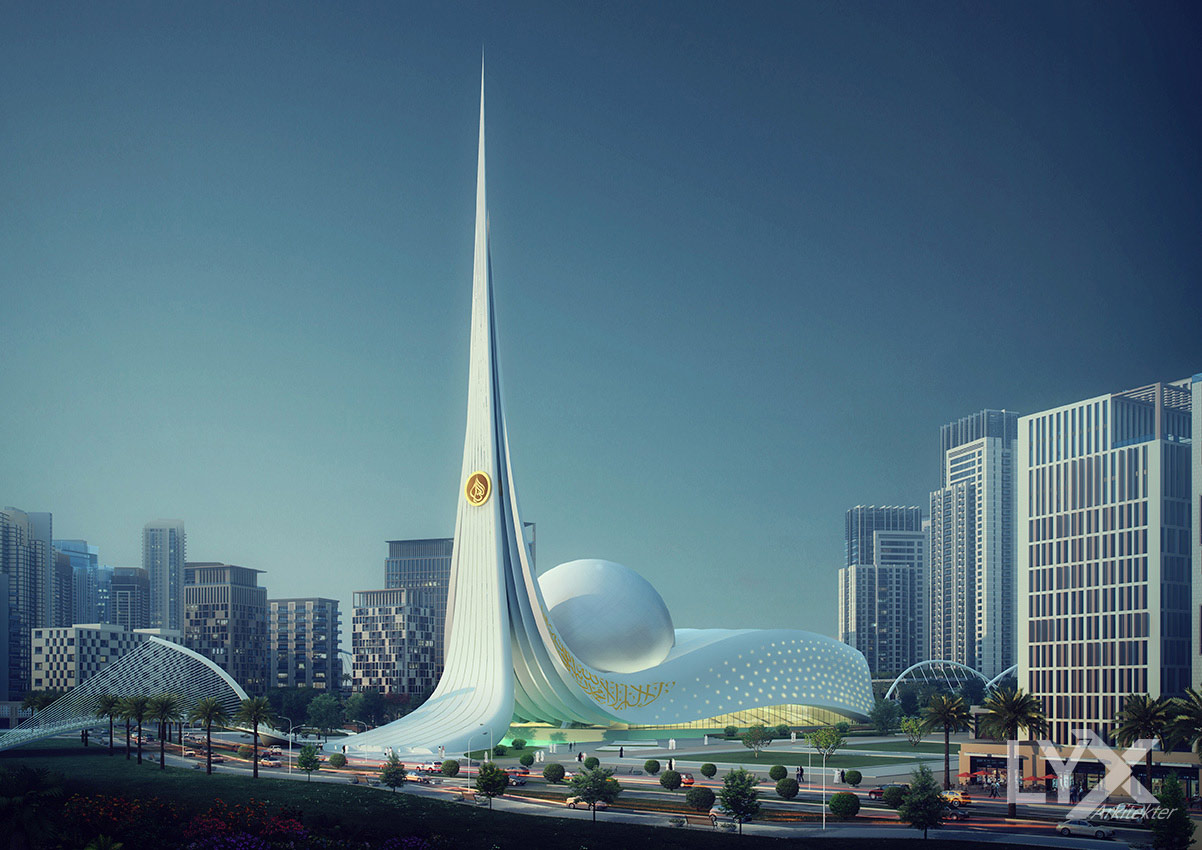 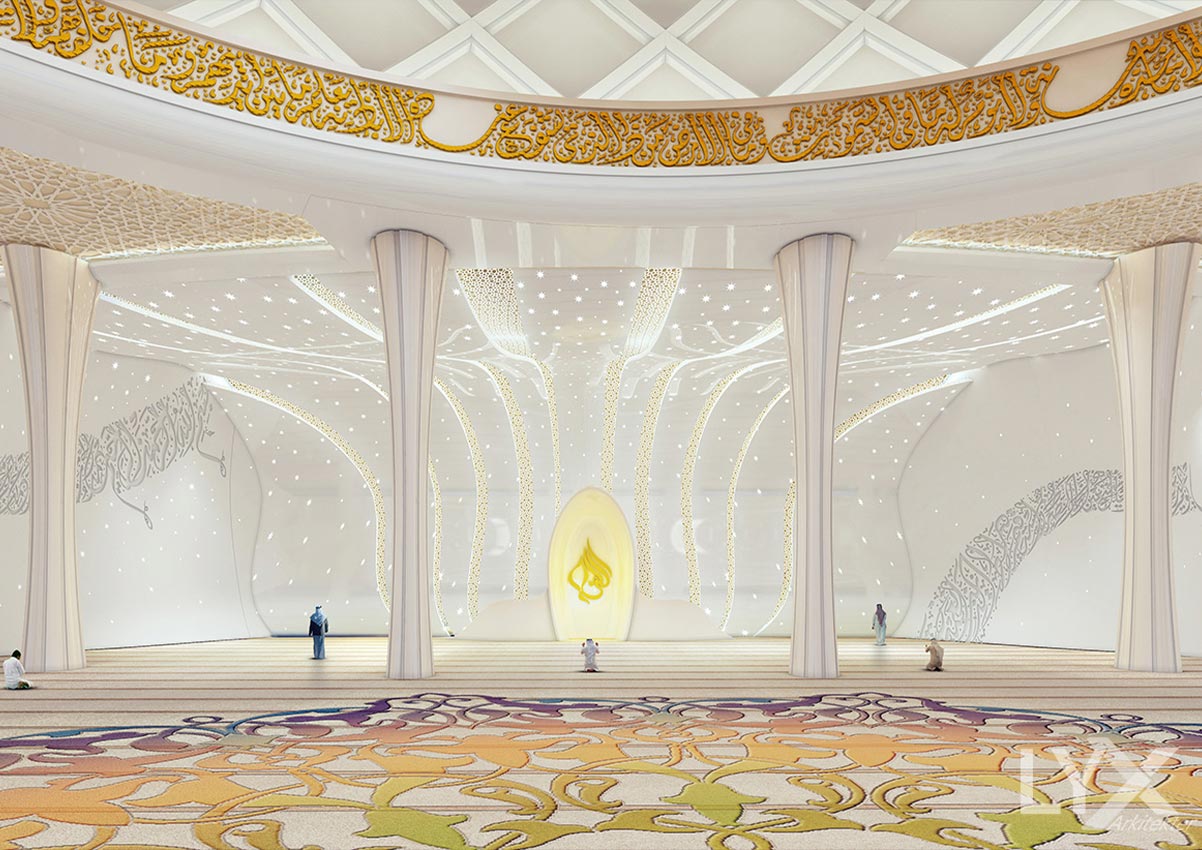 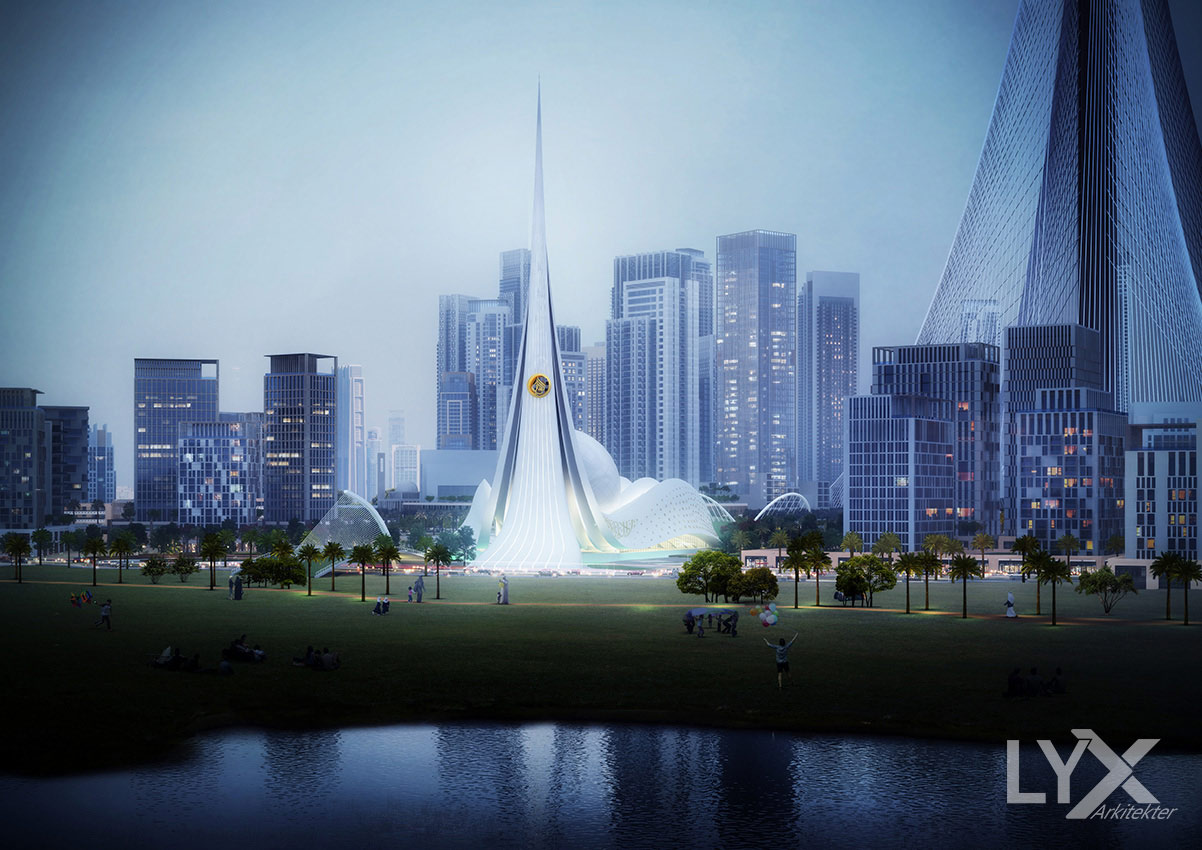 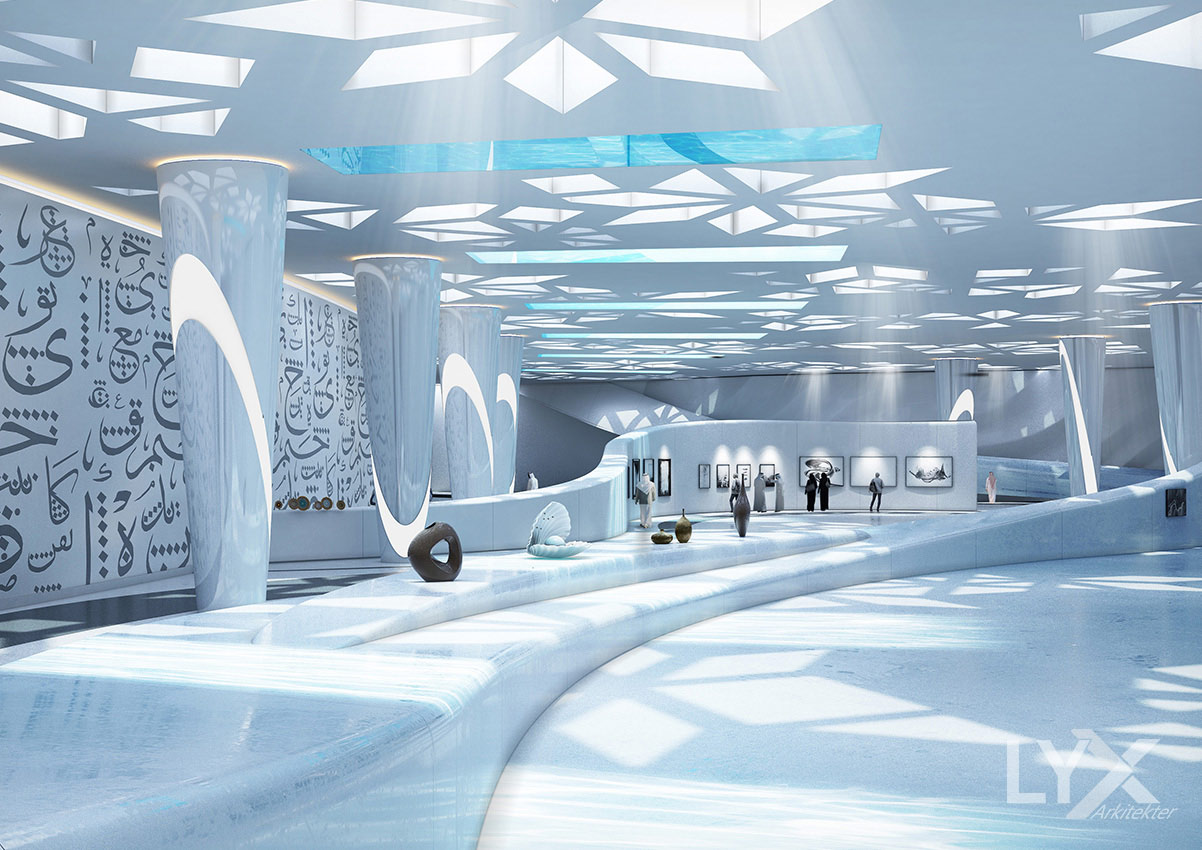 As known previously The Pearl Diving Was The Main Source Of Life In Dubai, So In 2018 we inspired this mosque from Pearl and Shell and according to the challenge of the Modern Vision of Dubai the designer followed the abstraction way, which seen in The Outer shape of the Mosque That formed as a shell carrying a big pearl which acts as the Dome and a skylight in the daytime to illuminate the main prayer hall, and converts into lantern which gives an enchanting atmosphere to Dubai in the evening, It has eight gates their arches will form the shell and will merge together to get unified in the Mihrab, That were inspired from the Islamic belief that there are 8 gates to the heaven and 8 angels which are holding the throne, Its Minaret emerge from the Earth to vanish into the sky creating a sail shape which conveys the peaceful message of worshiper and transform it to a spiritual icon added to the tranquility of Dubai Creek.
The Built Area is 10.000 m²; consisting of Main Mosque (Absorb 7500 prayers), Residential Block, and The Basement which include Museum, ablution, and parking the interior is no less amazing than exterior, where the carpets design, the white walls and the columns That merge with the curvature of ceiling and connected with open plaza by a flowing surface. In Addition to a wonderful Open Plaza seems to the public as part of the urban fabric of Dubai (Absorb 2000 prayers).
Finally, I assure you that once you visit The Pearl of Dubai, you will feel as you’re in Heaven.
------------------------------------------------------------------
We invite you to visit our online store to see all our work. You can also download this project, and other distinctive projects through our store: https://lyx-it.com
3D Models || 3ds Max || Lumion || AutoCAD || Revit || Enscape